Earn 9495 points upon purchasing this product.

Phenom is the latest 3D printer by Peopoly. Unlike the brand’s previous printers in the Moai series (which use laser), Phenom uses the MSLA (LCD+LED) approach.

MSLA is much faster than other resin technology when printing a large object or a full plate of small objects because the entire layer is cured of resin. Peopoly’s customized light engine has even more light distribution than other printers using MSLA technology and a cooling system to improve print results while extending the life of the mask.

Phenom utilizes a widely adapted Chitubox firmware/software so users can easily move up from their existing smaller LCD printer. While users could set Phenom exposure freely, it is best to first to use the Peopoly Deft resin designed for large printers for the highest success rate and LCD longevity. Panel Lifespan: 400 Hours on average (normally varies from 200-800 hours) and is a consumable. 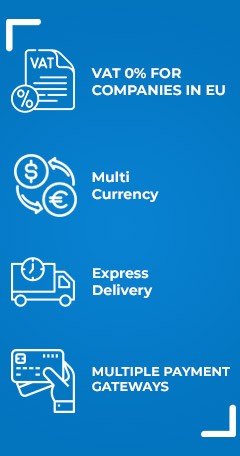 This website uses cookies to improve your experience while you navigate through the website. Out of these, the cookies that are categorized as necessary are stored on your browser as they are essential for the working of basic functionalities of the website. We also use third-party cookies that help us analyze and understand how you use this website. These cookies will be stored in your browser only with your consent. You also have the option to opt-out of these cookies. But opting out of some of these cookies may affect your browsing experience.
Necessary Always Enabled

Any cookies that may not be particularly necessary for the website to function and is used specifically to collect user personal data via analytics, ads, other embedded contents are termed as non-necessary cookies. It is mandatory to procure user consent prior to running these cookies on your website.

Join Waitlist We will inform you when the product arrives in stock. Please leave your valid email address below.
Scroll to Top